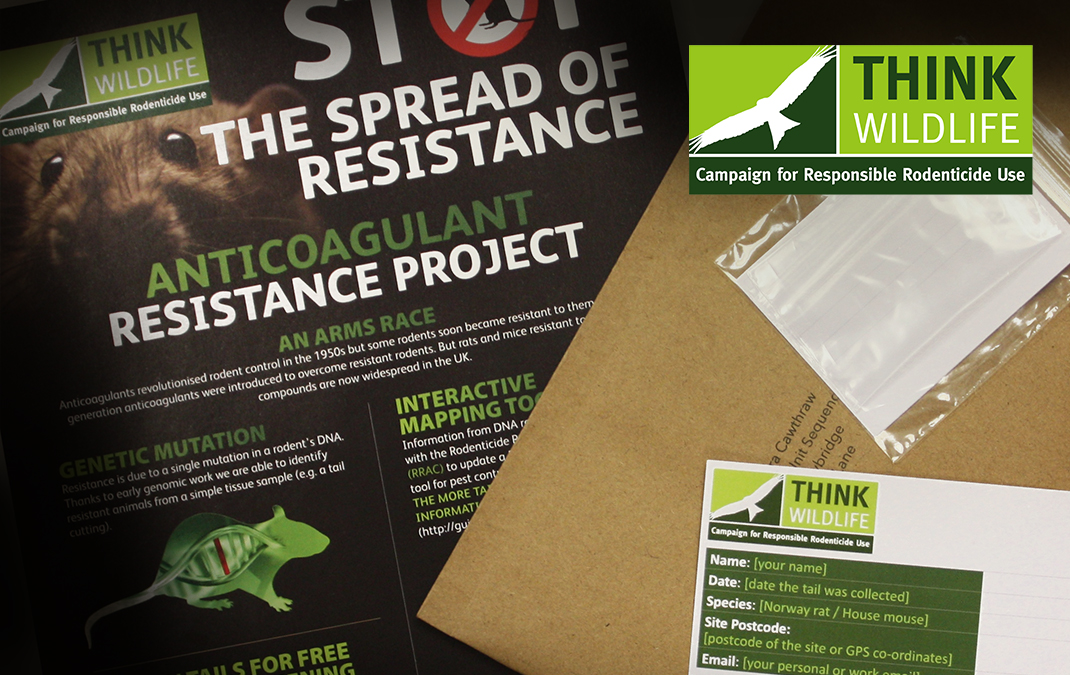 Rodenticide effectiveness could be “hit or miss” in large swathes of the UK due to the unknown resistance status of rat and mouse populations, according to Campaign for Responsible Rodenticide Use chairman Dr Alan Buckle. Pest controllers, farmers and gamekeepers are being invited to join a citizen science project to investigate.

“Unknown resistance status covers much of Scotland, Wales, Northern Ireland and central England,” says Dr Buckle. “Elsewhere, we know that an area from Bristol to Dover west-east, and Oxford to Southampton north-south, has multiple locations where genes for resistance have been identified. Less clustered pockets have been found in Devon, East Anglia, Greater Manchester, West and North Yorkshire, further north east and along the River Severn valley from Somerset to north west Shropshire.”

To address the knowledge vacuum, CRRU and the Animal and Plant Health Agency have launched a free DNA testing initiative that depends for success on pest controllers, farmers and gamekeepers. For a free indication of their location’s resistance status, they send 2-3cm tail end samples from freshly deceased rats or mice for DNA analysis.

In areas where resistance has already been confirmed, three-quarters of rats carried a resistance gene but one-in-five had two different genes, known as ‘hybrid-resistance‘. In house mice, several years of testing has found 93.5% carrying a resistance gene, with many also having hybrid resistance.

Dr Alan Buckle says this poses potentially unknown difficulties for rodent control. “Where resistant rodents are present, some rodenticide products will be ineffective. Equally important is that where resistance genes are still absent, ultra-potent resistance-breaking products may be in use unnecessarily.”

Among second generation rodenticide compounds, the two most commonly resisted are bromadiolone and difenacoum, along with first generation compounds, warfarin and coumatetralyl.

For sending tail samples, free packaging kits with instructions are available from CRRU HERE. CRRU confirms that samples are welcome from all UK locations.