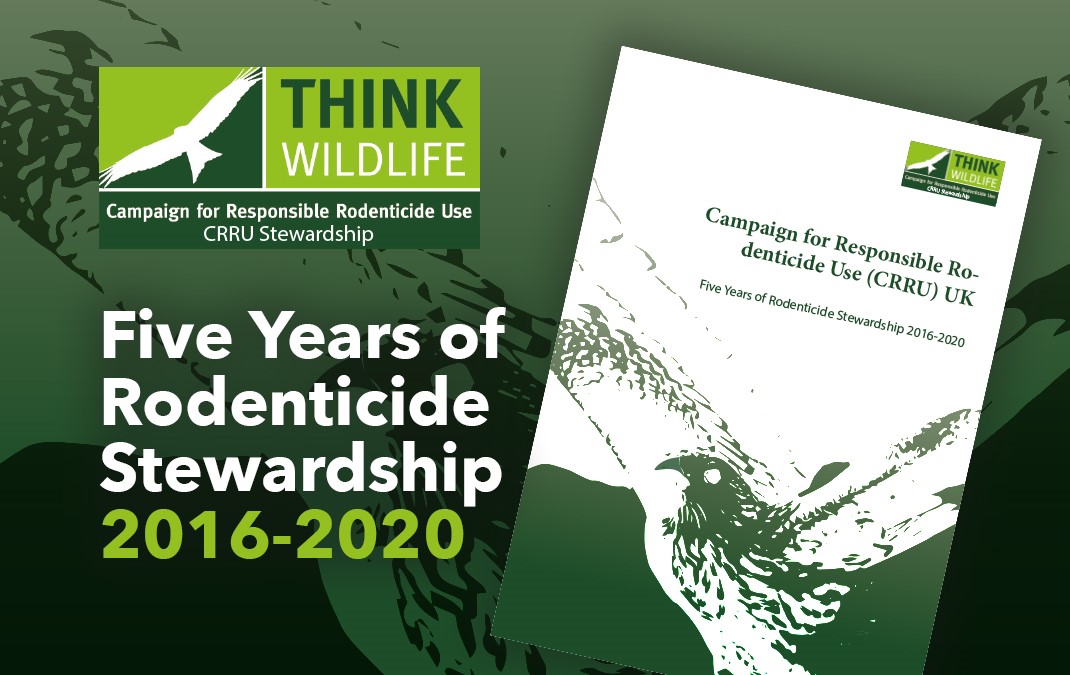 A report of the UK Rodenticide Stewardship Regime’s work covering 2016 to 2020 has been published by the Campaign for Responsible Rodenticide Use. This feeds into a formal five-year review being carried out by its HSE-led Government Oversight Group.

The regime’s work and achievements to date were discussed by GOG members with CRRU UK chairman and six work group leaders at an online meeting in May. Informally at the meeting, the GOG response was that the regime’s programme of major changes in rodenticide supply and use during its first five years was “fit for purpose”.

This was qualified by recognition shared by both parties that the regime’s ultimate goal of reducing rodenticide residues in GOG’s declared sentinel species, the barn owl, has not yet been attained. From available evidence, it is deemed not possible by GOG and CRRU alike to establish whether insufficient time has passed for stewardship measures to take effect or that the measures themselves are insufficient.

CRRU meanwhile continues to seek ways to strengthen the regime while also maintaining its promotion of responsible wildlife-aware rodent control by pest controllers, farmers and gamekeepers. For example, a cornerstone of rodenticide stewardship, the CRRU Code of Best Practice, has gained legal teeth via updated product labelling and was revised recently. It is currently being promoted throughout the supply chain by manufacturers and distributors, point-of-sale outlets and directly to users.

‘Five Years of Rodenticide Stewardship 2016-2020’ can be downloaded from thinkwildlife.org/downloads.