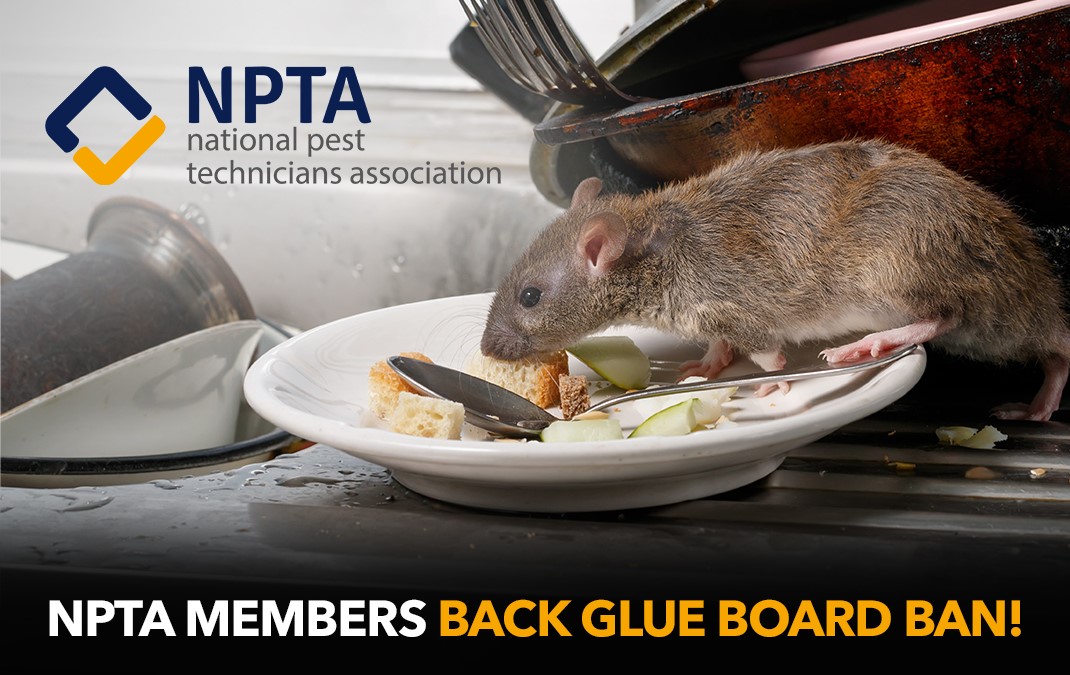 In a shock move NPTA members decided, almost unanimously to back the proposed private members bill brought forward by Jane Stevenson MP, to ban glue boards, or at least that’s how it feels!

The NPTA, in consultation with the BPCA through the PMA, having been asking members to state their opinion on this proposed bill. We have held two consultation meetings and launched a member poll to ascertain members viewpoints and the lack of response has been telling. Of the 944 member companies that were invited to join in with the consultation meetings, only 13 attended. A total of 1333 members (including individual members) were asked to complete a poll.

To date, we have only had 53 responses to the poll!

This Association is set up to support members and listen to your points of view on key factors that affect how the industry is run. Whilst we understand and appreciate that people have differing viewpoints on the use of glue boards as a tool, we would urge all members to voice their opinion rather than wait until it is too late?

Of course there are no guarantees that even if we decide to fight this proposed bill that we will succeed, but it at least gives us an indication of the depth of feeling and wishes of those who perform what is a difficult job on a daily basis.

In the meantime we would urge and encourage all members who have not voted yet to go onto the NPTA website and exercise your voice in order that we can reach an informed decision on whether to challenge this bill. Remember, NO VOTE, NO VOICE.

The poll remains open, so please exercise your right as an NPTA member and vote. One final point, just remember when they’re gone, they’re gone! The poll is available on the members area of our website only to prevent any trolling and abuse. It is available at: