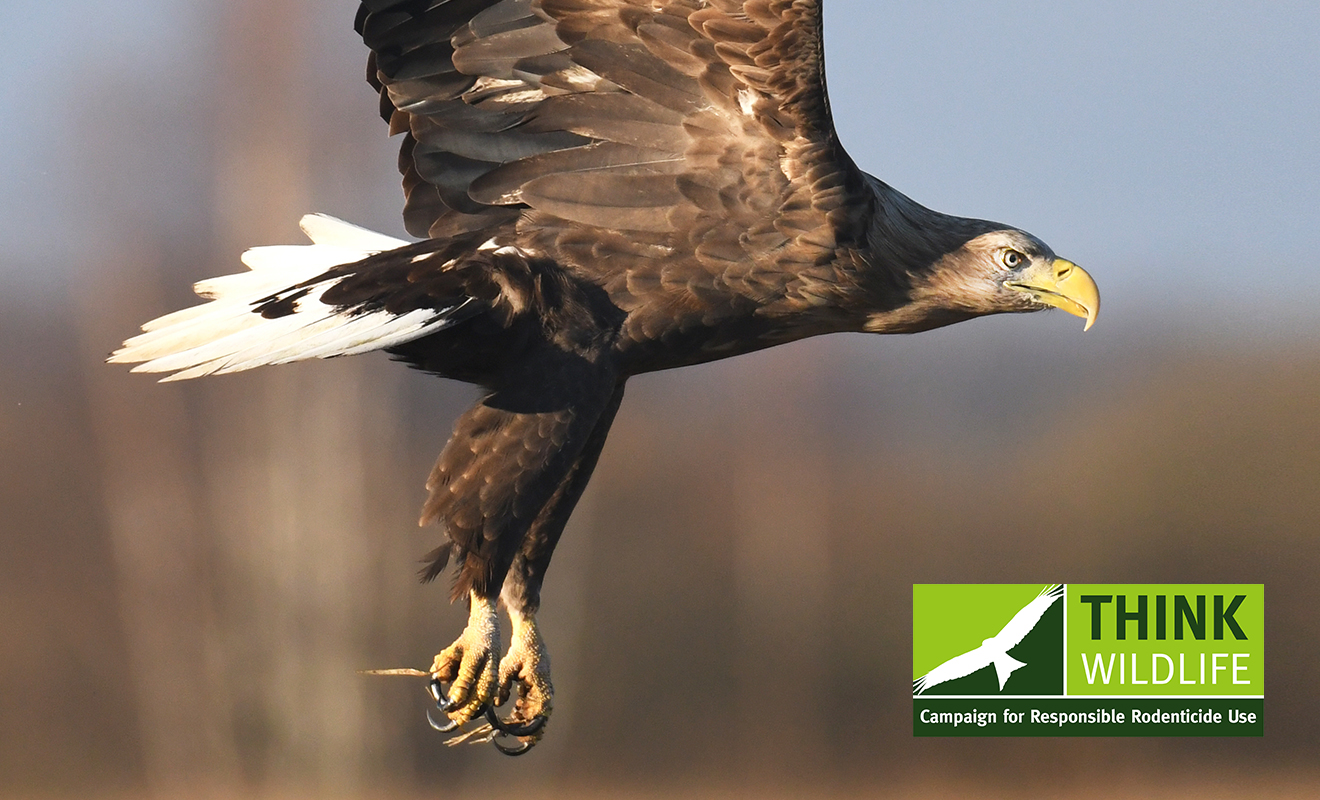 A poisoned white-tailed eagle found in Dorset is dramatic and regrettable evidence of the need for universally responsible use of rodenticides, states the Campaign for Responsible Rodenticide Use. “Whether caused by deliberate abuse or unintended secondary poisoning from eating poisoned rodents, this incident rightly focusses attention of how rodenticides are used,” says CRRU chairman Dr Alan Buckle.

Under the UK Rodenticide Stewardship Regime, operated for an HSE-led expert panel by CRRU since 2016, rodenticides authorised for professional use can only be purchased by competence-certified individuals. Their practical use by pest controllers, farmers and gamekeepers alike is allowed only by trained people.

A highly detailed Code of Best Practice along with practical ‘How to…’ newsletter have been made available widely by CRRU and can be downloaded from HERE.

Media reports say brodifacoum was the rodenticide that may have been involved in the rare eagle’s death. Brodifacoum is approved for use by HSE under strict conditions in and around buildings and in sewers. The eagle was found on an unnamed Dorset estate in January, having been released on the Isle of Wight in a reintroduction programme. White-tailed eagles had become extinct in the UK in the early 20th century.

Police and other government officials carried out an investigation which was inconclusive and is now closed. CRRU’s Dr Buckle suggests that finding the cause and a culprit, if there is one, for incidents like this can be impossible because the victim may have travelled many miles from the site of exposure.

Downloads
Code of Best Practice
How to… newsletter