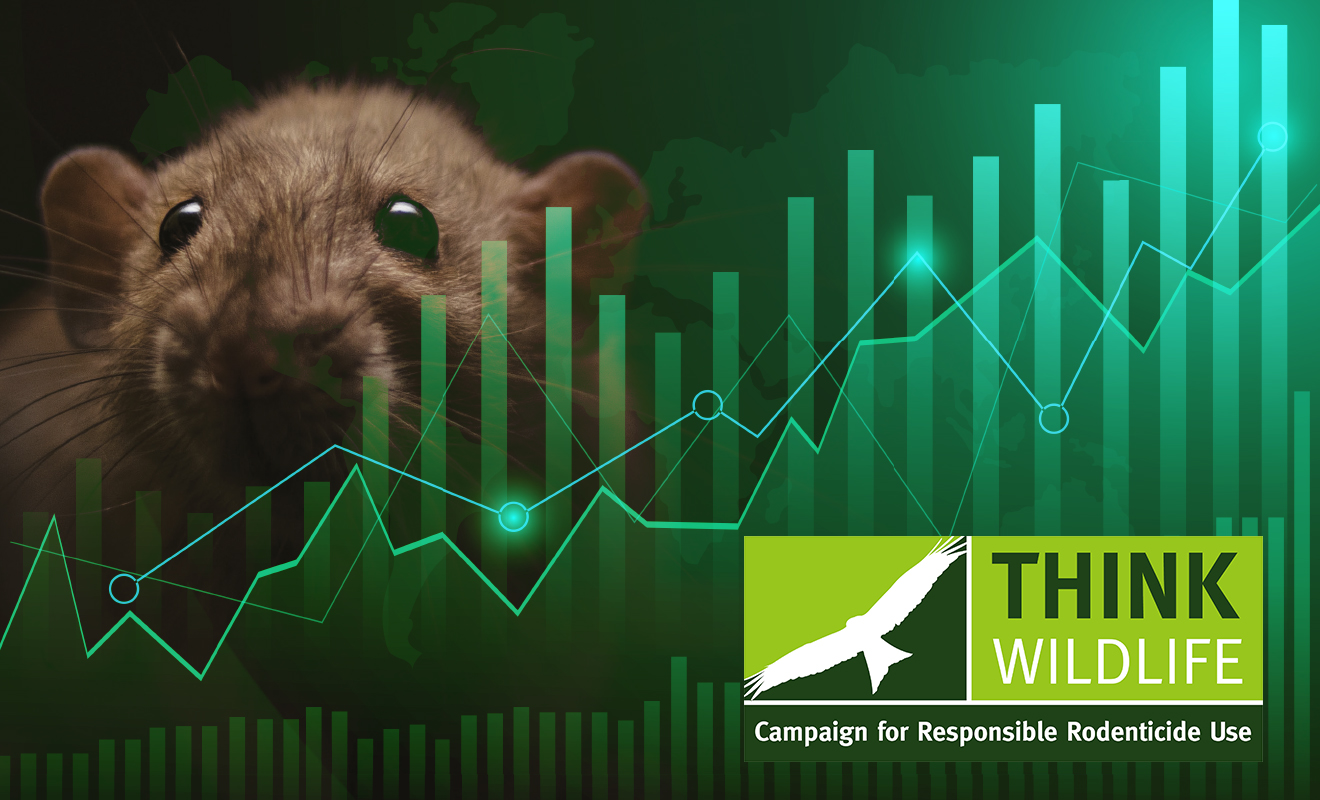 The spread of rats against which some rodenticides don’t work has taken a “surprising and troubling” turn, according to Campaign for Responsible Rodenticide Use chairman Dr Alan Buckle.

New 2019-2020 survey results show not only that 74% of rat analysed carried a resistance gene but, of those studied, one-in-five had two different genes in widespread locations: County Durham, West and East Yorkshire, Greater Manchester, Merseyside, Dorset and on the West/East Sussex border.

“Although one such rat was found in 2017, this is the first time in the UK that ‘hybrid-resistance’ has been found on this scale, with potentially unknown difficulties for pest rodent control,” says Dr Buckle. “This is happening because different resistance foci, that were once separate, are now merging and interbreeding.

“A critical upshot is that pest controllers, farmers and gamekeepers should avoid using rodenticides that don’t work where resistance exists or resistance-busters where they’re not necessary: Both are bad for wildlife residues.”

Heightening concerns further, other recent CRRU research finds 58% of professional pest controllers say they are “not very” or “not at all” concerned about resistance. “We want them all to be concerned and know what to do about it,” Dr Buckle urges. “Equally serious, this research also identified that one-third of farmers couldn’t recall brand names of rodenticides they use, and only 28% claimed to know the active ingredient.

“Everyone connected with rodenticide use needs to wake up to this issue, pay attention to the information available and change the way they use anticoagulant rodenticides accordingly.

“The onus is squarely on rodenticide users to maximise their knowledge and make responsible fact-based decisions about control measures. This can start, of course, with using the CRRU Code of Best Practice, first published in 2015, as the basis of control measures.”

In addition to CRRU, advice is available from the Rodenticide Resistance Action Group about which anticoagulants will work according to location and resistance status. Every time before rodenticide bait is laid, Dr Buckle suggests that users ask themselves, “will this active ingredient work here against this pest?

“Quite what this means for the future of pest rodent control would be inadvisable speculation right now,” he adds. “But it’s certainly bad and CRRU is examining the potential implications and strategies as a matter of utmost importance.”

The Code of Best Practice is available at thinkwildlife.org